How we built the Robot Arm example in Qt Design Studio

Spyrosoft Synergy partnered with the Qt Company to create a prototype example included in the latest release of Qt Design Studio.

We asked Przemysław Krzywania, the Project manager leading this project, and the rest of the team involved, to share the main goal of Qt Robot Arm example and what requirements the team had to fulfil.

What was the project objective?

The goal of our cooperation with Qt was to create a sample project that shows how easy and quick it is to create a design in Qt Studio, which can be then directly used by developers. We’re proud to announce that our sample project, called the Robot Arm, was released as an official example for the new version of Qt Design Studio in June 2022. 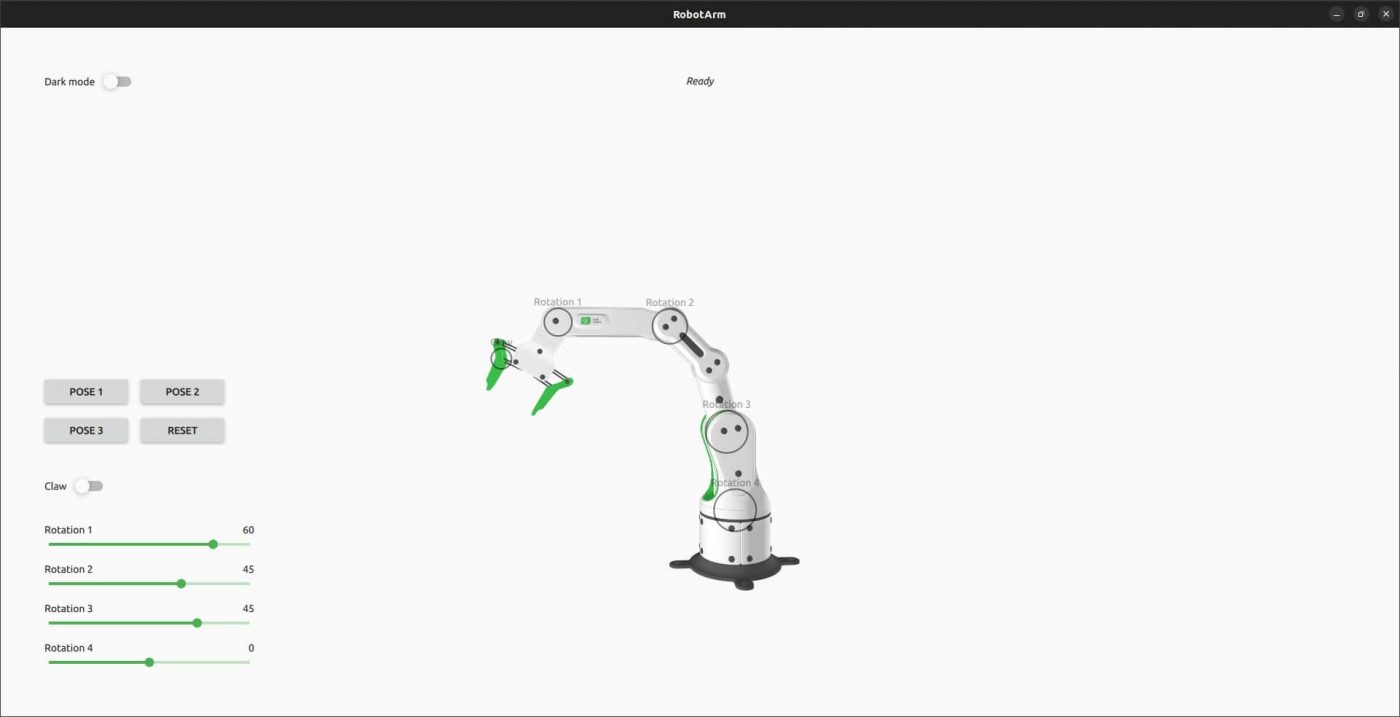 The Robot Arm example created by the Spyrosoft Synergy team shows how 2D elements can nicely control 3D elements like the robot arm. Furthermore, it shows how to integrate a C++ backend and mock it up using QML for Qt Design Studio.

How was the Robot Arm example developed?

Szymon Wojtach: “The project started with a meeting with the client, where we discussed the needs and requirements for the Robot Arm example. A lot of focus was placed on simplicity. Together, we created an outline for the functionalities. On this basis, Irina created the designs using materials provided by the client. After accepting the designs, the development work could begin. We were creating the functionalities in iterations. The next stages of development were presented at weekly meetings with the client.

Łukasz Ornatek: “My role in the project was to support Szymon in tasks requiring bigger experience. I planned the architecture of the project to keep complexity at the minimum and make it compliant with the new standards and good practices recommended by Qt.

Bartosz Matynia: As a 3D designer, I had to create the model of the arm, keeping in mind that it should have the freedom of movement. I also had to create a simple rig of the model and check if there were no intersecting parts in various poses. I kept the design and colours as close to the brand identity as possible. After the client accepted the design, I optimised the model to run smoothly on any device.

Irina Rychkova: My role was to create a pixel-perfect design. It took me a few weeks. I used components already used in the Qt Design Studio framework. A strong focus was laid on keeping the design simple. To achieve that, I used various shades of grey to shift the attention to the Robot Arm 3D model.

What was the biggest challenge in the project? 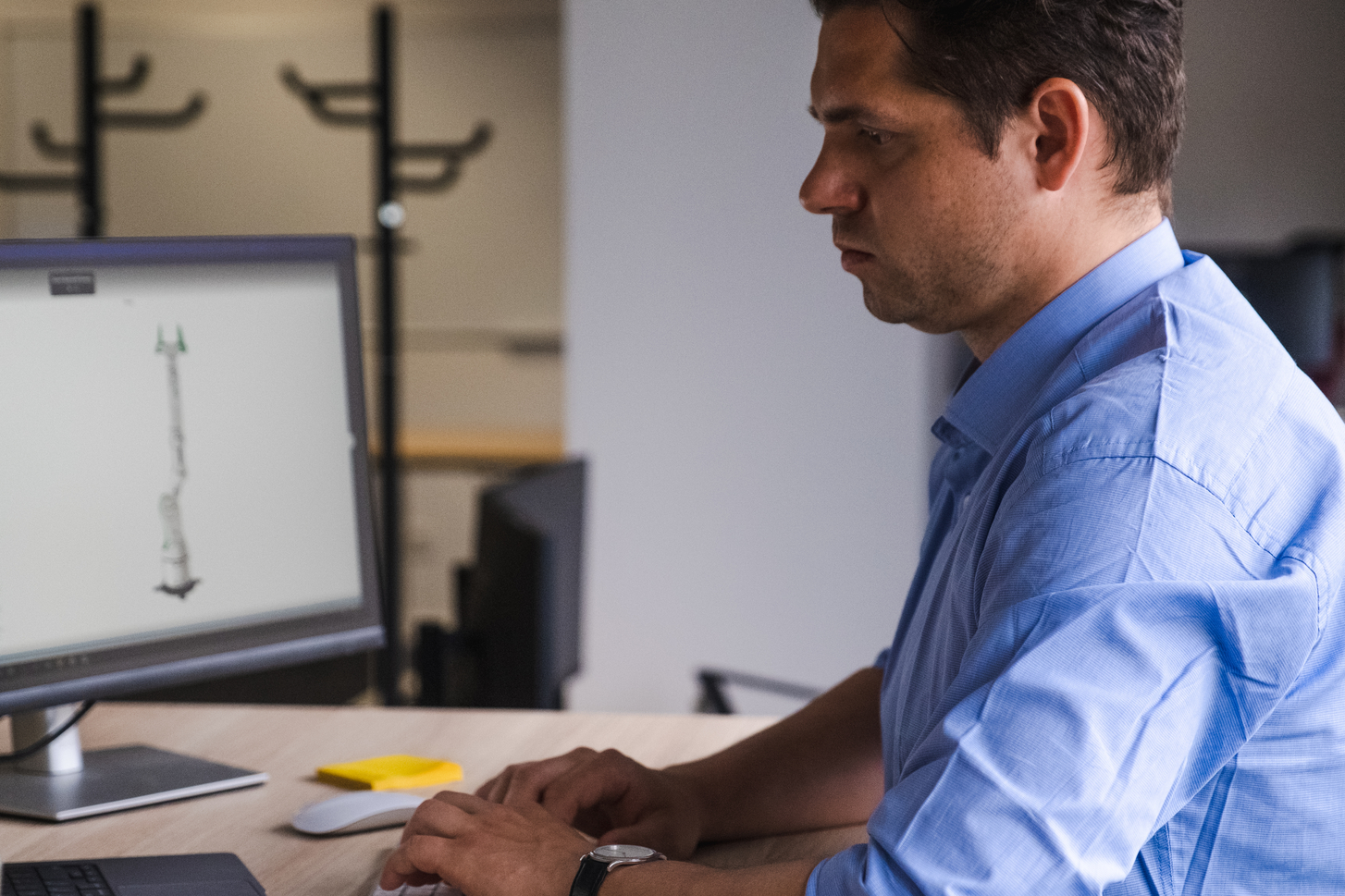 The most challenging part was to build it in the simplest possible way as it was to serve as an example of how to create a similar project in Qt Design Studio, also working in Qt Creator. Simplicity and good readability were the main technical requirements. Thus, we had to keep the complexity at a minimum and stick to limited functionalities. One of the most important principles of Qt Design Studio is to give designers the ability to create advanced prototypes without writing a single line of code.

Thanks to agile team cooperation and using Qt technologies, the project was completed on time and within the planned budget.

Our Qt specialists will help you with your next project

Spyrosoft Synergy experts are specialised in creating fast prototypes in Qt technology. Find out more details on our offering page or contact us directly at office@spyro-soft.com.

Talk to our expert about enabling continuous HMI Development in your company! 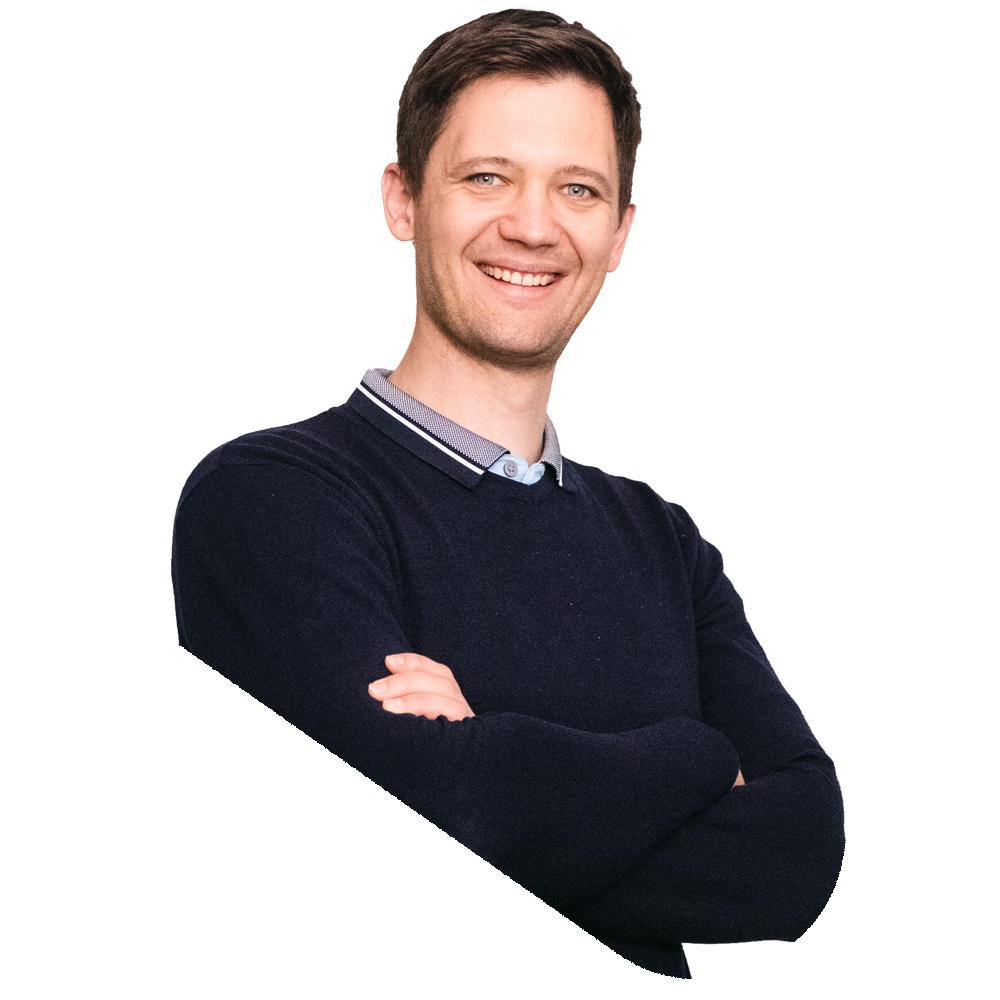