Spyrosoft debuts on the WSE

“Since we founded Spyrosoft in 2016, our group has grown rapidly, benefitting from the ever-increasing demand for software development services.

Within a few years, we expanded our team of employees and associates to 1,000 people and opened offices in the United Kingdom, Germany, Croatia, the United States, India, and recently also in Argentina and Romania. Last year alone, our revenues increased by over 50%, to PLN 174 million, and we expect that upward trend to continue. 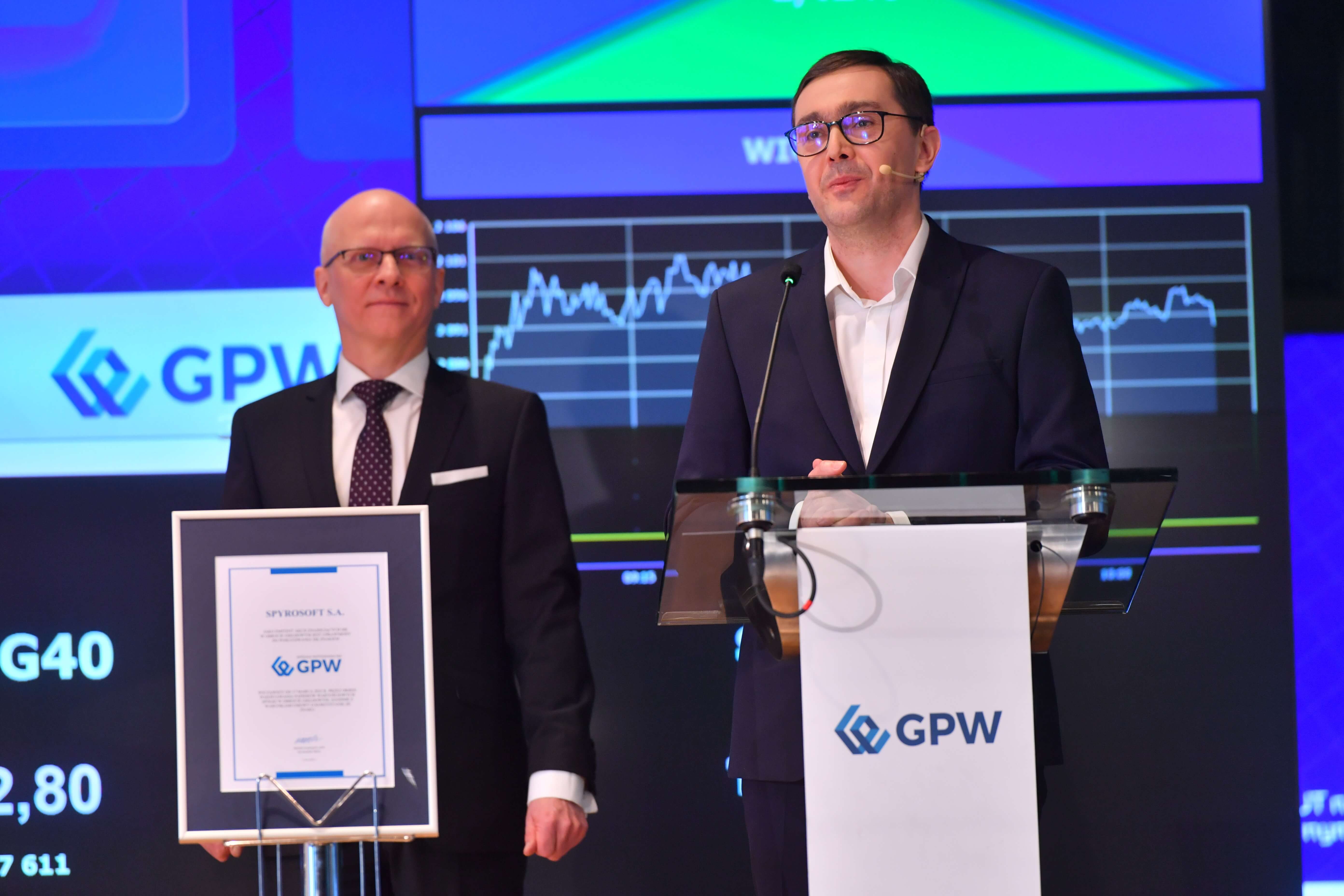 Our market capitalization has more than tripled since our debut on NewConnect. The investors appreciate our prospects and business quality. We believe that, thanks to the transition to WSE, we will become even more recognizable, and the number of investors who appreciate the company will increase significantly, as it was suggested by the recently announced information that at the end of last year our shareholding structure had the world's largest pension fund.

Our debut takes place in the shadow of the war that is fought just 170 kilometers from here. We stand wholeheartedly with our Ukrainian colleagues and all other people who have been severely affected during these difficult times. We strongly believe that the war will soon end. 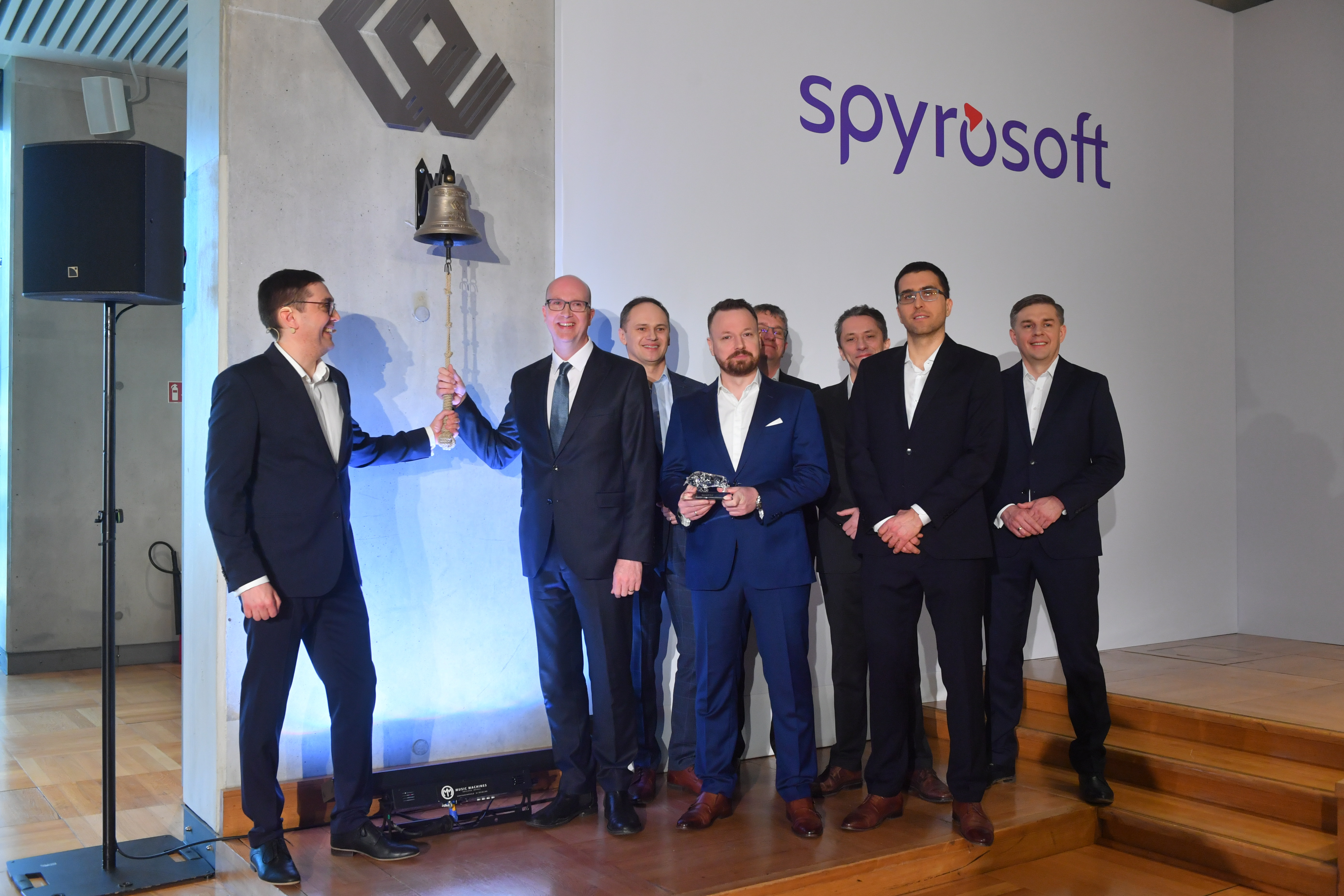 Today, a new era begins in the history of Spyrosoft, a group already listed on the main stock market. We are now vigorously getting back to work, because we want to implement our next projects as soon as possible."

Spyrosoft's listing on the stock exchange is not associated with the issue of shares - the company finances its development from current cash flows and generated profits. The main investments involve opening offices on new markets, expanding the teams of specialists and developing them. On average, the group employs 40 new people per month.

Spyrosoft also invests in new business branches, such as cybersecurity, customer support or e-commerce, expecting these investments to contribute to an increase in revenues and profits in the coming quarters.

Spyrosoft is an international company from Wrocław that has been offering comprehensive software development services since 2016. About 86% the company's revenues come from contracts with foreign clients, mainly from the UK, Germany and the USA. The company cooperates with clients from 7 countries, whose diversified portfolio covers 6 specialized industries. The company has offices in Poland, the UK, Germany, Croatia, the United States, Romania, Argentina and India.

Last year, Spyrosoft was ranked #1 in Europe among technology companies in the Financial Times "FT1000: Europe's Fastest Growing Companies" ranking. It was fifth in the overall ranking. This year Spyrosoft was also included in this prestigious list.