If I had to name just one thing that has become visible in the current crisis it’s the prominence of remote work in the IT sector. In the next few weeks and months, we’ll see a surge in companies from different countries working together and at least a few collaborations that wouldn’t be imaginable and possible otherwise, before the Covid-19 pandemic. By now, even the remote work sceptics seem to be realising that’s this means remote working is the future and there’s no way of escaping it.

With the last stance against remote work gone, it may be time to look at IT companies from Poland and start collaborating with them on your projects. For the past decade, Poland has been a hub for all things technology and the country to turn to for software services. It is also well-known for its high standards of work and the dedication of its developers.

Why outsource software development to an IT company from Poland? 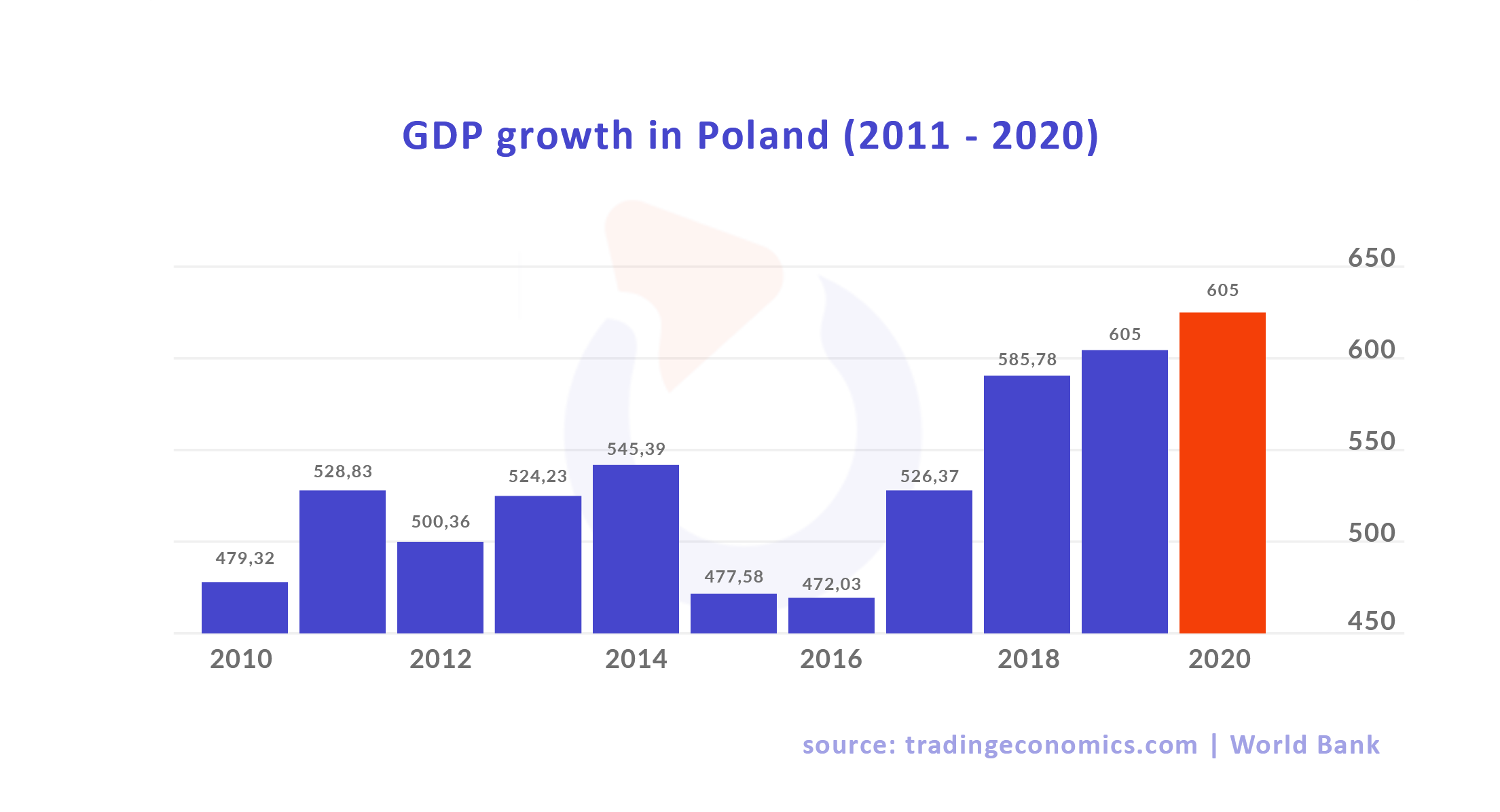 2. The value of the Polish IT market keeps growing

Although this rate is likely to slow down as a result of the pandemic, the IT industry is also the sector that has been able to switch to remote work most easily, compared to the other sectors, which means that it’s unlikely to be heavily affected by the current crisis. 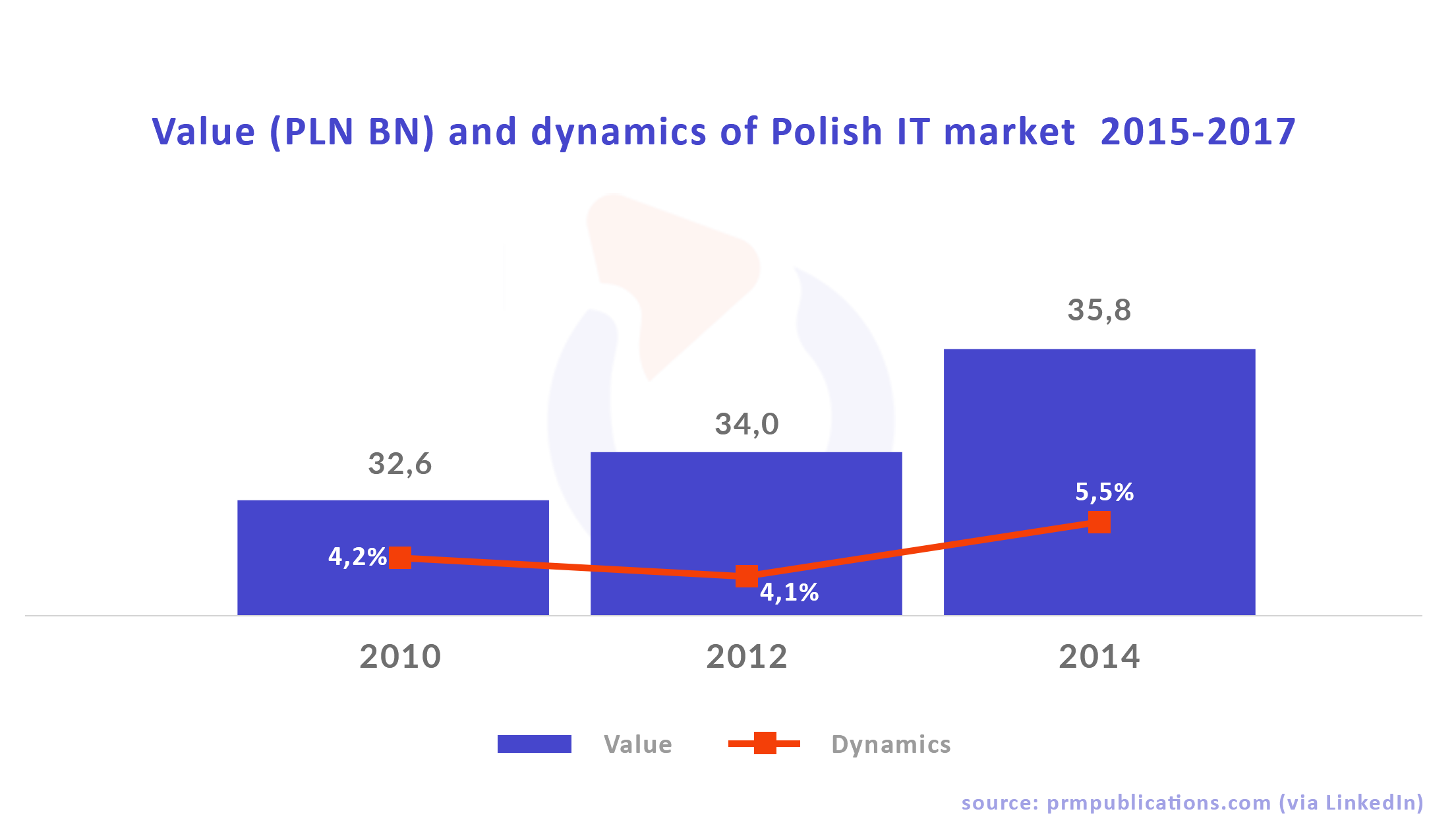 3. Polish IT companies have experience in collaborating with foreign businesses

The Association of Business Service Leaders conducted a survey to establish how many Polish companies collaborated with businesses abroad. The result was a report based on answers from 61 representatives from IT companies in 12 different countries.

It shows that 49% of IT companies in Poland collaborate with foreign businesses (10% with a company from one country only). A majority (80%) of these provide services for external clients from Eastern Europe, with Poland (74%) ranked 2nd and Easter Europe ranked 3rd (51%). This means that even if the Polish companies may lose some of the customers from industries being affected by the crisis, their pool of external collaborators is quite diverse, which makes the situation a lot more stable than it would otherwise be. 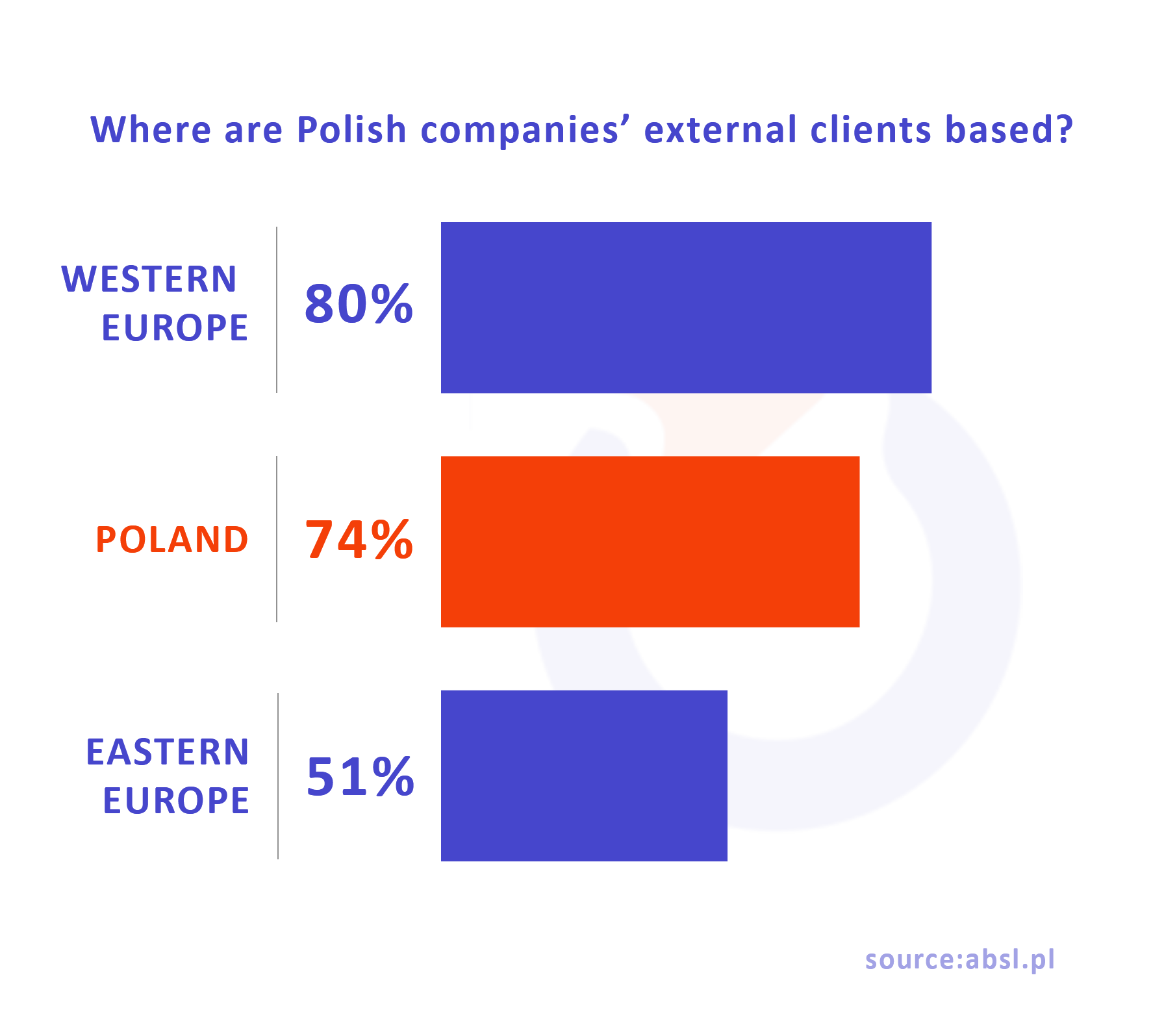 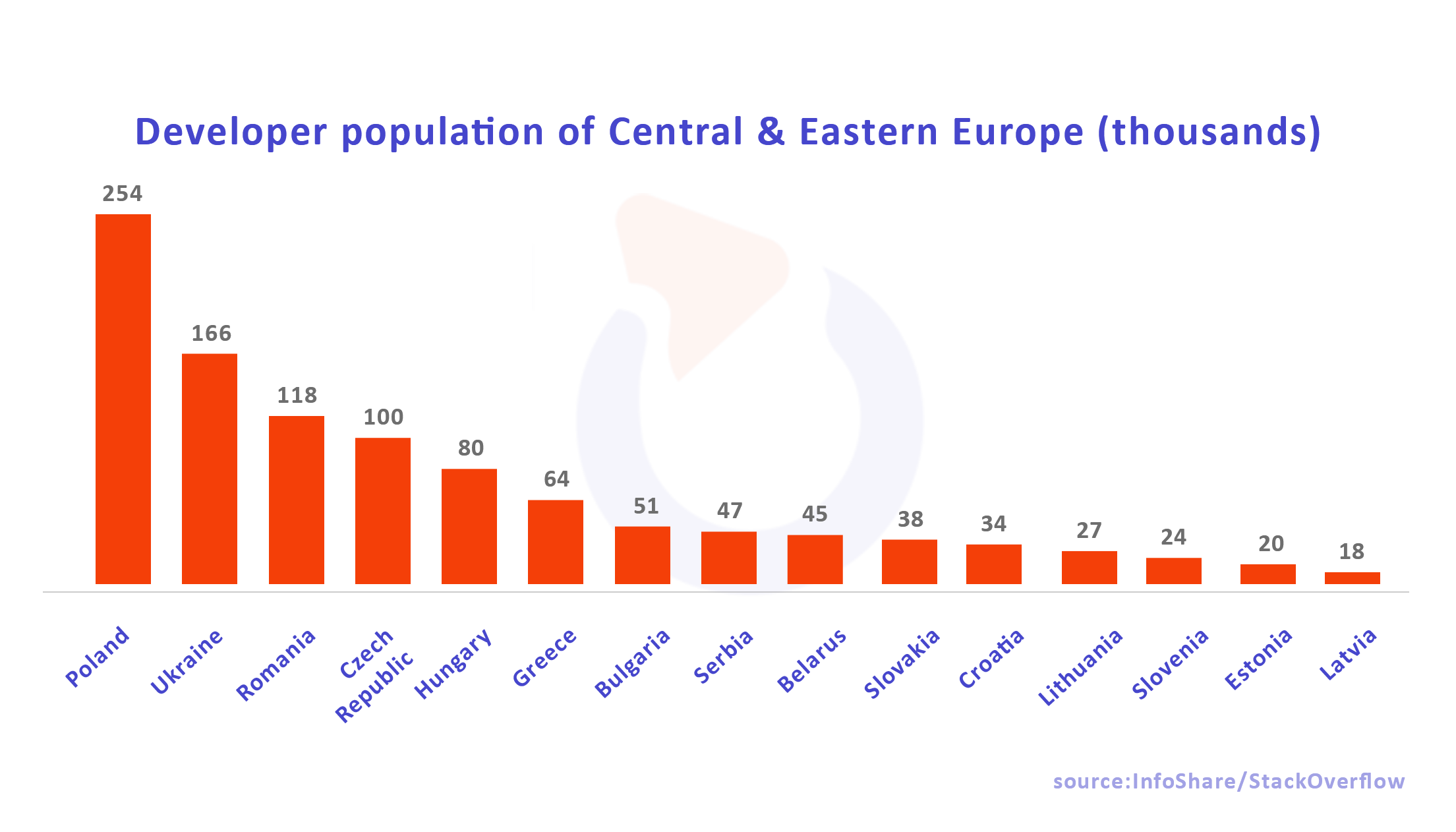 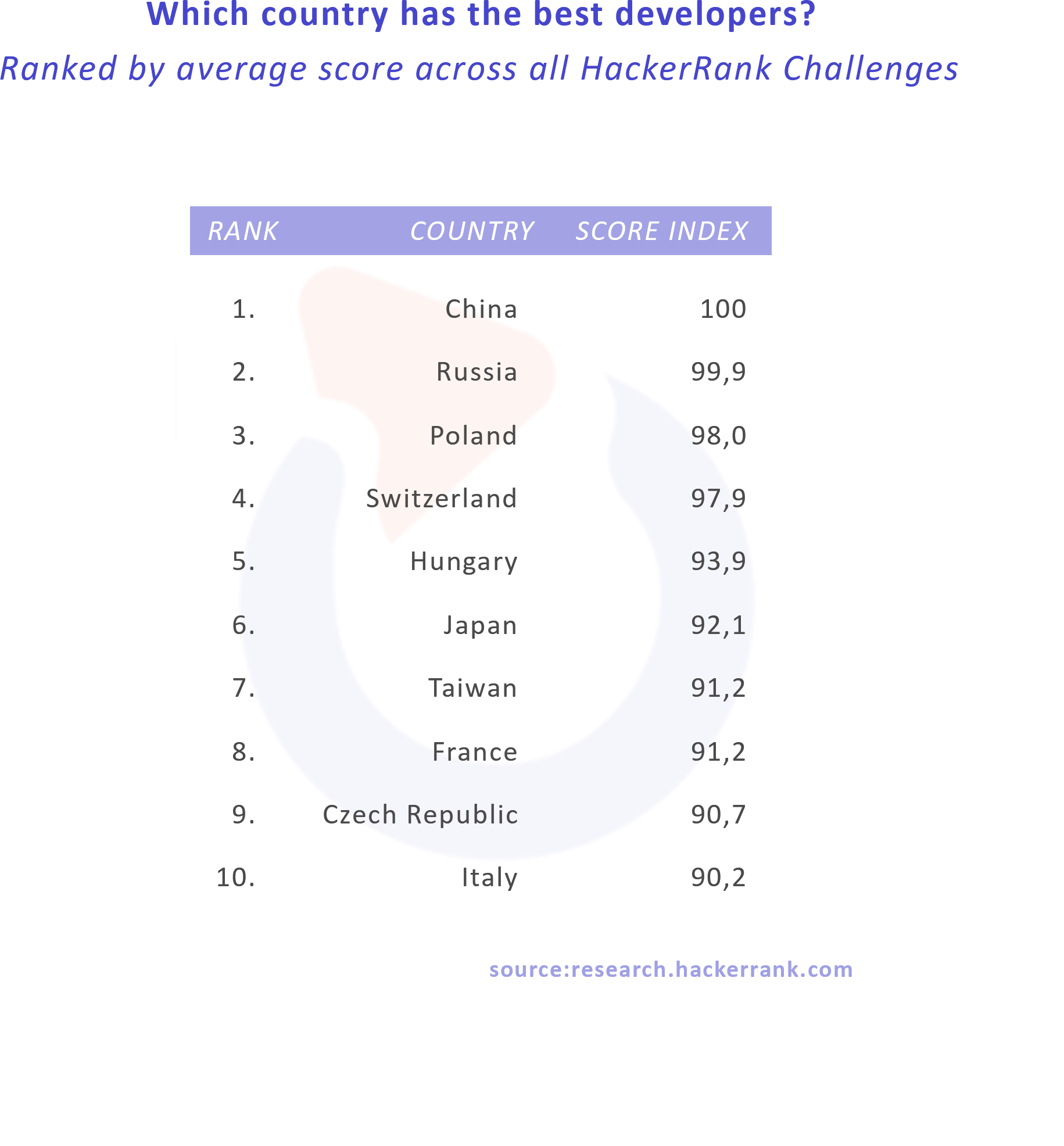 6. Polish developers are young, yet experienced

Although Polish developers are not the youngest, they scored second topped only by India with the average age of programmer standing at 25.9 years old. The current average age of Polish developers is 28.4 y.o., so the market is still quite young and with Computer Studies currently being the most popular course at most of the universities in Poland, this average age is likely to lower in the next few years. 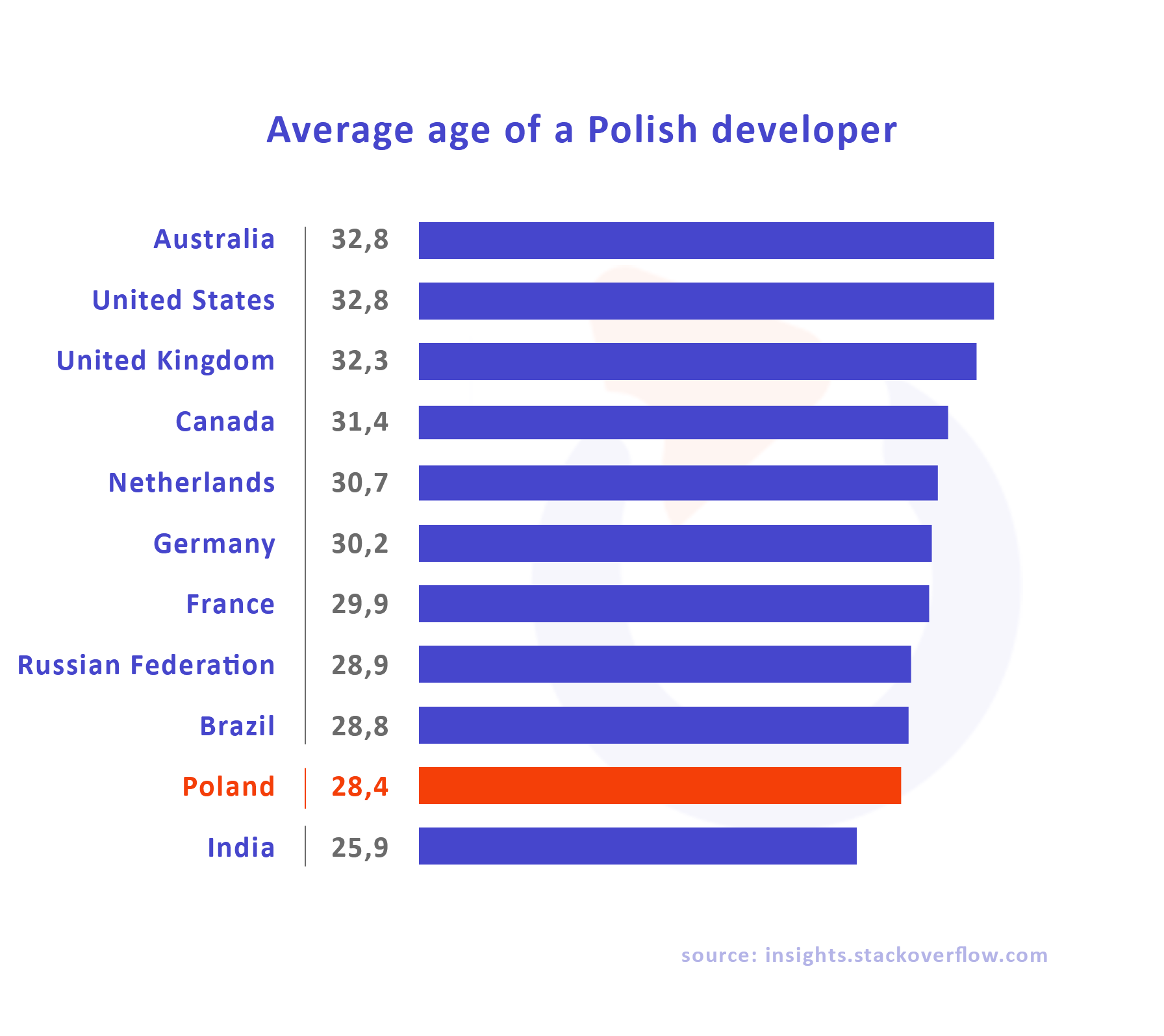 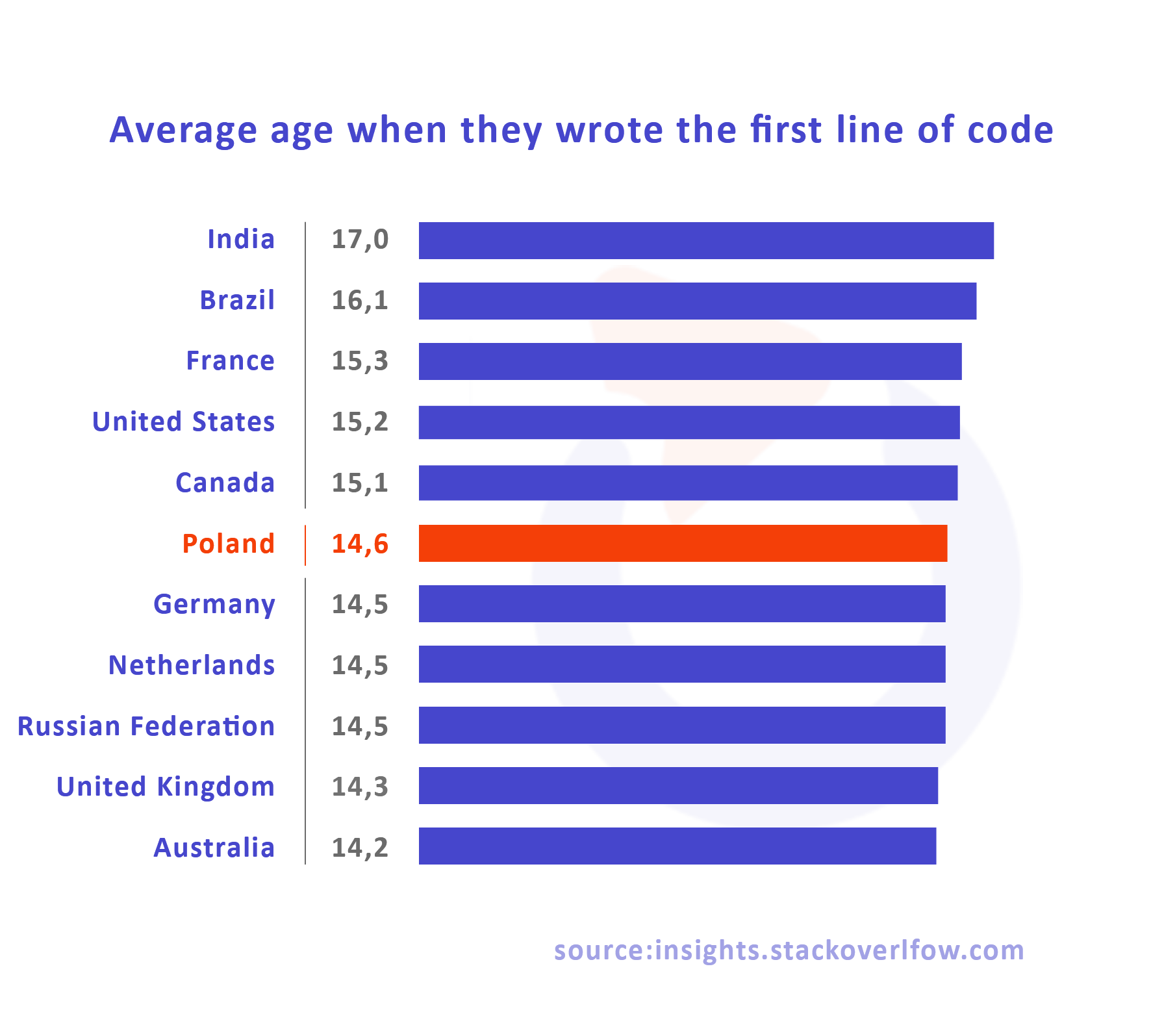 Phew, Polish programmers really do work a lot! This StackOverflow survey shows that developers from Poland currently rank 1st on the list of weekly hours spent at work with 44.6 hours on average. India and United States currently hold the second and third positions, with 42.2 and 42.1 hours a week respectively. 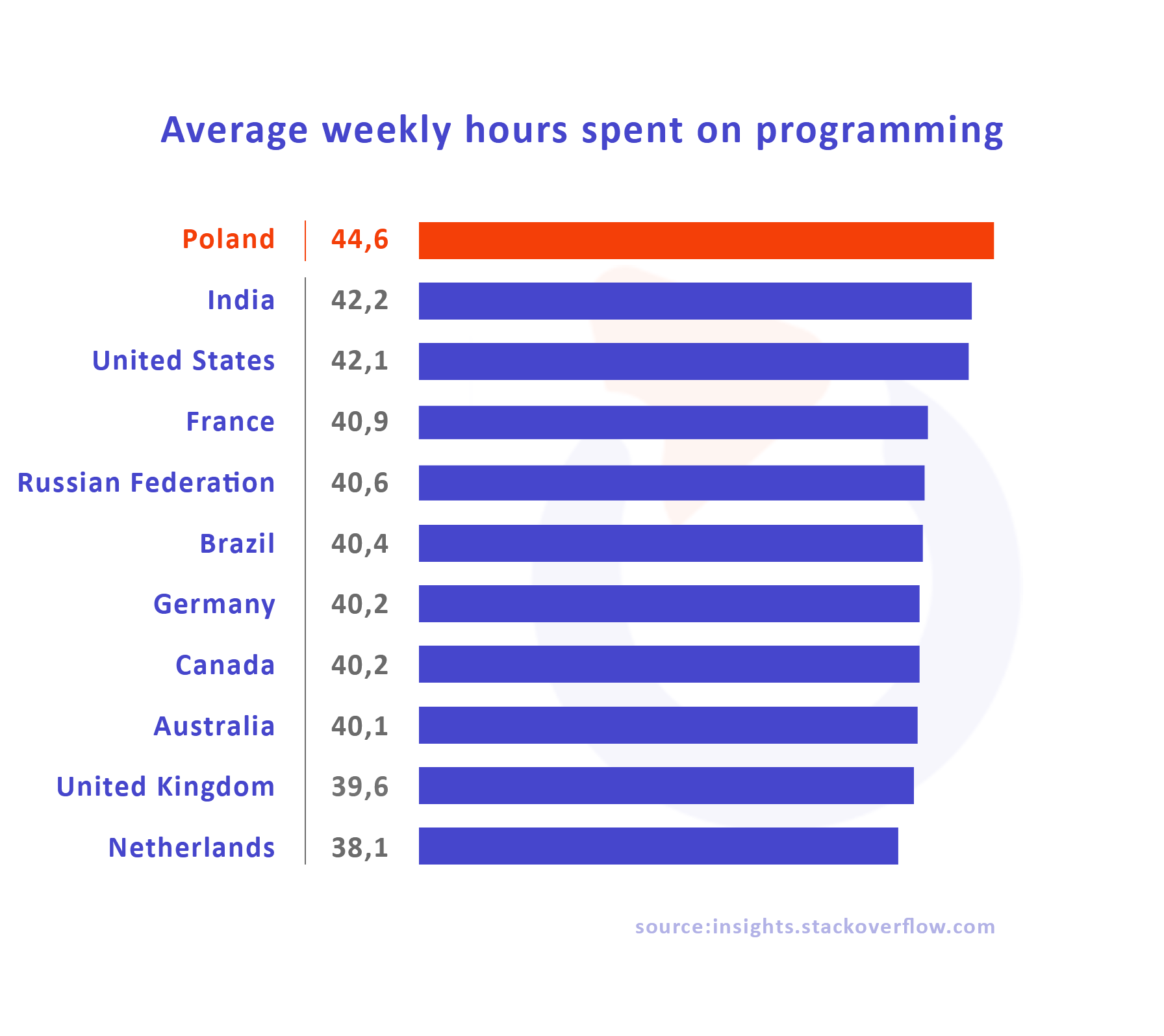 We highly recommend today’s LinkedIn story from our UK-based CEO and co-founder, Andrew Radcliffe who shares the details of our collaboration from a few years ago and highlights our methods of cooperating with external partners.